China RFID industry has been in the forefront of the world, the domestic giant is accelerating internationalization 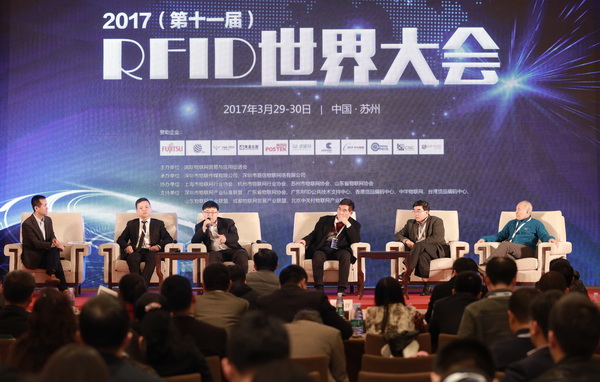 China has been walking in the forefront of the global RFID industry, domestic enterprises should be self assertive

As the roundtable director, general manager of Shenzhen IOT Media Co. Ltd. Mr. Yang Weiqi said Chinese ability to engage in research and development is very strong, it is beyond doubt, though compared with foreign countries, Chinese in many industry started relatively late, the starting time of some slow, but in many industries and fields have to achieve Transcendence of some foreign manufacturers, like Haier in the field of household appliances, beauty and GREE etc. the products of these enterprises has reached the leading level in the world. In the field of mobile Internet, on the domestic market, BAT, millet, these companies have an absolute advantage. And like HUAWEI, ZTE and other communications companies, but also out of the country, to participate in the international competition in the environment, and achieved good results. On the current discussion of the RFID industry, the localization of China's enterprises have made the results of the road and what are the problems to be made up for Yang Weiqi to several guests dished out the above problems.

At present, the domestic enterprises in this piece of RFID technology can still, Shanghai Kun Kun Semiconductor Co., Ltd., said Dr. Zhu Xiaodong, RFID in the international use of more, there are good and bad. The bad is for consumers, the industry, the past few years seems to be not too good. From another perspective, it is a good thing, because with many standards, the industry becomes more and more standardized, the industry chain is constantly mature, such as electronic license plate guided by the Ministry of public security is more successful, technology has advanced and mature.

Shenzhen yuanwanggu information technology Limited by Share Ltd retail division products and solutions manager Dr. Song Wei yuanwanggu firstly reviewed the history, pointed out that the first RFID yuanwanggu is in 93 years, the original cut is the railway, after cutting, yuanwanggu makes iron road labels reduce the price to the original 1/10, and application the level of each link does not lose the international first-class brand, creating a precedent for large scale applications. Dr. Song said that at present, the valley of the chip and the chip of the domestic counterparts in some areas of the application has been more than the international brand, localization results can be described as significant.

From the application of this piece of retail, said Dr. Song, the first to do RFID application is the international giant WAL-MART, WAL-MART is from the beginning of 05 years. At present, the sea of the sea of the annual use of the label to reach billions of dollars. In the sea orchid house project, in addition to the electronic tag chip, like other label manufacturing technology, application system integration scheme, etc., these are made by yuanwanggu domestic team a little bite down, can say the application effect of sea orchid house has not lost the whole international giant, and even in some aspects of automation applications that is rather than the international giants. In fact, it is the successful application of sea orchid house project, domestic brands gradually saw a significant effect of RFID brings to enterprises, from the label application data growth can be seen, the outbreak of the trend of the RFID market, especially in the retail industry, the annual growth rate is around 40%, in such a rapid growth under the background, the domestic enterprises will gradually towards localization technology, reader, tag chip road etc..

"If we work conscientiously, we Chinese completely lost foreigners!" the chairman Dr. Liao Yingcheng Chengdu westvalley Digital Technology Co Ltd said. Westvalley is currently done by international standards, international expert group members voted unanimously to allow westvalley to do active RFID international standard. "Why do you have to do it, it's because you have the advantage of being able to solve problems that no one else can solve, and that's what you're worth." Dr. Liao said.

When it comes to active RFID and passive RFID, Liao Boshi introduced them in the concept of sense is the identity, but the two difference is that the former in foreign countries, in addition to the identity, but also has more concept of sensor network, because it has a single chip, with storage capacity and computing ability, while the power consumption is very low battery power, may not need the future, but by the way of energy acquisition. Passive RFID is currently identity,

Dr. Liao stressed that in RFID, China has been in the forefront of the world, the future of RFID applications

Microchips help the owner identify the lost pets.
To protect their pets, many owners turn to RFID technology, in the form of identification RFID microchips implanted in their pets. Microchips are tiny transponders, about the size of a grain of rice...

AirTags have been designed to help you find your most important items and therefore, making sure they stay safe and in pristine condition is vital as any drops could stop the AirTag from working when you need it the most. With our high-quality, airta...

Instagram NFC Tag,You can put this NFC tag up to make sure people find your Instagram profile.

The NTAG 413 DNA delivers security and authentication without the need for the end-user to download an app.

This NFC tag with that NXP NTAG 424 DNA chips, strengthening DO RFID group's radio-frequency identification (RFID) offerings that provide security for the Internet of Things (IoT).